A Closer Look at China and HSBC – Are they Running Out of Cash?

A Closer Look at China and HSBC – Are they Running Out of Cash? 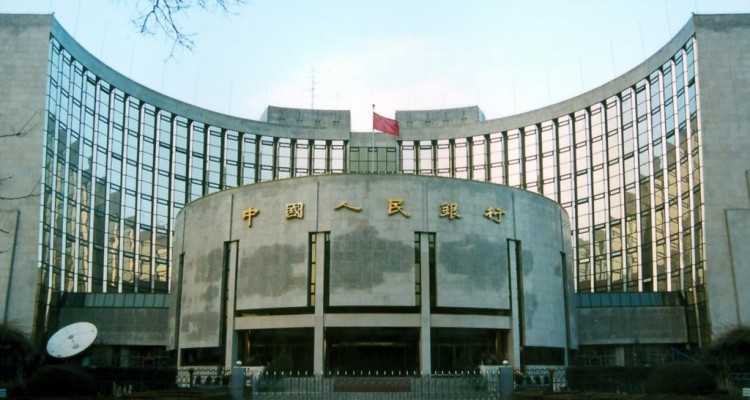 Fears are growing that HSBC bank is insolvent, after the Bank refused cash withdrawals and has an $80bn blackhole in their balance sheet.  Last night,Forbes and a variety of sources including Max Keiser, and FXstreet (Forex) reported a Bank of China announcement suspending all cash transfers for the next several days.  So what’s really going on?

In short, there will be a three-day suspension of domestic renminbi transfers.  There will also be a suspension, spanning nine calendar days, of conversions of renminbi to foreign currency.

The specific reason given—“system maintenance” at the central bank—is preposterous.  It is not credible that during the highest usage period in the year—the weeklong Lunar New Year holiday beginning January 31—the central bank would schedule an upgrade and shut down cash transfers.

A better explanation is that the country’s banking system is running dry.”

This news comes on top of my report yesterday that HSBC bank looked likely to require a bail-in by customers, or a bail out by the Chinese state in the near future, due to the $80bn shortfall in cash.  With China now on the brink of a currency crisis,  and holder of $1.3trn of US debt, we might want to brace ourselves for a distinctly stormy economic situation, imminently.

However, this morning, Zero Hedge challenged the Forbes report in the most stern of terms, writing:

Anyway, here is what really happened, as reported by China Compass. “Forbes columnist Gordon Chang claimed in a much-quoted item today that the Peoples Bank of China had instructed commercial banks to halt cash transfers. Chang’s column, entitled “China Halts Bank Transfers,” specifically refers to Citibank’s Chinese branches. The report is entirely misleading.” Our advice – focus on the real “weakest links” in China’s banking system, of which there are many and are backed by facts, not the least of which is the potential upcoming shadow banking default. Ignore groundless rumors and speculation.

The Zero Hedge report is all the more concerned about the apparently erroneous report as China’s genuine liquidity issues mean we do need to be alert to the potential of the Chinese banking system drying up, and the criticality of the results.

All that said, China certainly has all too real liquidity (and solvency) problems – none of which have anything to do with a suicidal act by the PBOC – as explained here extensively in the prior weeks and months, captured best by the fact that both China’s and HSBC’s CDS are both at multi-month highs.

Our advice remains the same as yesterday, view HSBC with caution and remain prepared for a liquidity crisis within the Bank and/or China in the not too distant future – be smart investors, and customers.

I refer you to my previous report below.

HSBC is scrambling to manage a seemingly terminal liquidity crisis (a lack of hard cash) that could see the bank become the next Northern Rock – and trigger a bank crash. The analyst’s advice is for shareholders to sell HSBC investments, and customers to move their accounts elsewhere before the crash.

This from the Telegraph:

Forensic Asia on Tuesday began its coverage of Britain’s largest banking group with a ‘sell’ recommendation, warning the lender had between $63.6bn (£38.7bn) and $92.3bn of “questionable assets” on its balance sheet, ranging from loan loss reserves and accrued interest to deferred tax assets, defined benefit pension schemes and opaque Level 3 assets.

According a report by the BBC’s MoneyBox Programme, HSBC customers have gone to withdraw cash from their accounts, only to find HSBC would not release the funds. Customers were told to make a bank transfer instead, unless they provided documentation proving the intended use of the money. Stephen Cotton attempted a withdrawal and told the programme:

“When we presented them with the withdrawal slip, they declined to give us the money because we could not provide them with a satisfactory explanation for what the money was for. They wanted a letter from the person involved.”

“He asked if he could return later that day to withdraw another £3,000, but he was told he could not do the same thing twice in one day.

He wrote to complain to HSBC about the new rules and also that he had not been informed of any change.

The bank said it did not have to tell him. “As this was not a change to the Terms and Conditions of your bank account, we had no need to pre-notify customers of the change,” HSBC wrote.

Mr Cotton is not alone, with other customers seeking to withdraw cash amounts over £3,000 facing the same obstacles. While HSBC argue there is comes customer security interest here, the story simply doesn’t add up. Customer identification is required for large withdrawals, not customer intentions – a person’s cash is theirs to withdraw and place wherever they so wish. Instead, HSBC has been found to have a capitalization black hole (gap between actual cash and obligations) of $80bn. The message is simple, get your money out now.

The major banks and states appear to be preparing for impending crisis, while pretending to the public that the economic situation is improving.

There is a gold rush underway, with Banks and States frantically buying up as much gold reserve as they can, stoking fears that confidence in currency is at an all-time low. In recent months and weeks, banks like HSBC and JP Morgan, and states such as the US, Germany and China have joined the gold rush, making vast purchases of stocks.

Investment analysts at Seeking Alpha have been monitoring the strange activity on the COMEX, stating:

“keeping track of COMEX inventories is something that is recommended for all serious investors who own physical gold and the gold ETFs (SPDR Gold Shares (GLD), PHYS, and CEF) because any abnormal inventory declines may signify extraordinary events behind the scenes.”

Another Bank Crash? Why?

The crash is in some ways a replay of the last one. The US dollar is a fiat currency (as is the pound sterling, the euro and most other major currencies). This means, it is monopoly money. There is no gold reserve that its values are pegged to. It is simply made up. So how does money get made? A private, for profit central bank prints it and lends it to the government (or other banks) at an interest rate. So the Central Bank prints $100, and gives it to the government on the basis that it returns $101. You may have already spotted the first flaw in this process. The additional $1 can only ever come from the Central Bank. There is never enough money. The second issue is that all money is debt.

This used to be the way pretty much all of the money in circulation came to be. That is, until Investment and Retail Banks got tired of this monopoly on debt based currency, and kicked off the commercial money supply. You might assume that when you take out a loan or other form of credit, a bank gives you that money from its reserves, and you then pay back that loan to the Bank at a given interest rate – the Bank making its profit on the interest rate. You would be wrong. The Bank simply creates that loan on a computer screen. Let’s say you are granted a loan for $100,000. The moment that loan is approved and $100k is entered on the computer – that promise from you to the bank creates $100k for the bank, in that instant. This ledger entry alone creates the $100k, from nothing. Today, over 97% of all money that exists, is made this way.

This is what drove the dodgy lending practises that created the last crisis. But since then, the failure to regulate the markets means that while bailouts hit public services and the real economy – banks were free to continue the same behaviour, bringing the next crash.

The world’s second richest man, Warren Buffet warned us in 2003 that the derivatives market was ‘devised by madmen’ and a ‘weapon of mass destruction’ and we have only seen the first blast in this debt apocalypse.

The news that should have us all worried is: the derivatives market contains $700trn of these debts yet to implode.

Global GDP stands at $69.4trn a year. This means that (primarily) Wall Street and the City of London have run up phantom paper debts of more than ten times of the annual earnings of the entire planet.

Not only can the Bankers not pay it back, the combined earning power of the earth could not pay it back in less than ten years if every last cent of our productive power went solely to pay off this debt.

This is why answering the issues with our currencies, our banking practices and economic system are not theoretical or academic – they are a most practical matter of keen urgency.