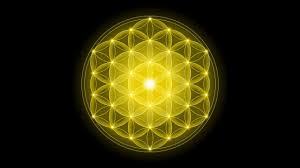 Listening to the 432Hz frequency resonates inside our body, releases emotional blockages and expands our consciousness.

This video uses a 432Hz frequency tone mixed with the music (the music itself is in standard tuning).

432Hz allows us to tune into the wisdom of the Universe, Divine Intelligence and our Soul. It creates Unity instead of seperation. It expands our hearts and make us more compassionate and loving. One thing is for sure. A person who resonates with love have inner peace – and this is the starting point for a world were we live in Unity, Peace and Harmony with each-other and Mother Earth.

Modern science has begun to recognize what the ancient mystics and wise men have told us for centuries; that everything is in a constant state of vibration. Everything down to the smallest physical particle to the things we cannot not perceive with our (yet) limited senses.
The most elemental state of vibration is that of sound. Everything has an optimum range of vibration (frequency), and that rate is called resonance. When we are in resonance, we are in balance. Every organ and every cell in our precious body absorbs and emits sound with particular optimum resonate frequency. 432hz and 528hz tuned music creates resonance in our physical, mental, emotional and spiritual body.

Listen for 30 days for maximum effects.