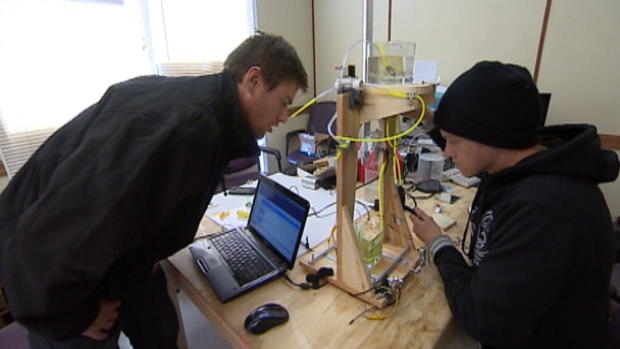 A Saskatchewan man who has developed an affordable 3D printer has attracted worldwide attention and more than $700,000 in crowdsourced funding.

Rylan Grayston, 28, from Yorkton, said curiosity fuelled his quest to create a 3D copier that sells for just $100. Other high-tech 3D printers sell for several thousand dollars or more.

“I didn’t have enough money for a 3D printer that I wanted, so I just started thinking about how can I do this myself?” Grayston told CBC News in an interview at a shop in Saskatoon where he is working with his brother on the project.

“All I want to do is invent,” Grayston said about the possible riches associated with an affordable 3D printer. “I would love to have lots of money so I can pull off my other inventions.… I don’t want to buy a yacht. I won’t be buying any fancy cars.”

Although Grayston has no formal training in engineering or computer science, he has been a tinkerer all his life. 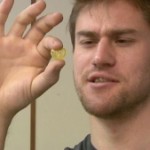 Grayston’s software converts an object into file data using a sound card on his laptop. The information on that audio file is sent to electromagnetic mirrors and laser beams that vibrate and move in accord with the data to build 3D objects from a specialized acrylic resin.

Unlike other more expensive devices, Grayston’s Peachy Printer has no motors or microprocessors.

With marketing help from Nathan Grayston, 22, a YouTube video introducing their 3D printer kit attracted a total of $720,000 in crowdsourced money, the bulk of that from the online entrepreneur support network Kickstarter.

Grayston’s approach to creating the machine has impressed experts in the field.

“It blows my mind,” David Gerhard, a computer science professor at the University of Regina, told CBC News. “The way that they’re doing things is so sort of different from the way normal 3D printers work, that it’s quite amazing to see the shift in thinking.”

As part of the crowdsourcing agreement, Grayston has about 5,000 prepaid orders for kits.

He said his version was inspired by information he found online, so he’s not filing for patent protection. He is also posting his plans on the internet.

“It completely changes the game,” Gerhard said of the machine he saw first-hand, in Yorkton. “To be able to do it for a hundred bucks and basically with stuff you can find around your house, that’s the thing that changes everything.” 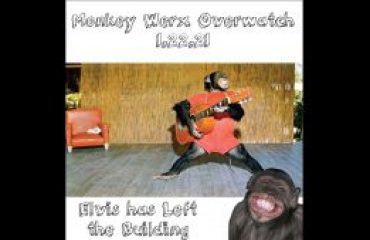