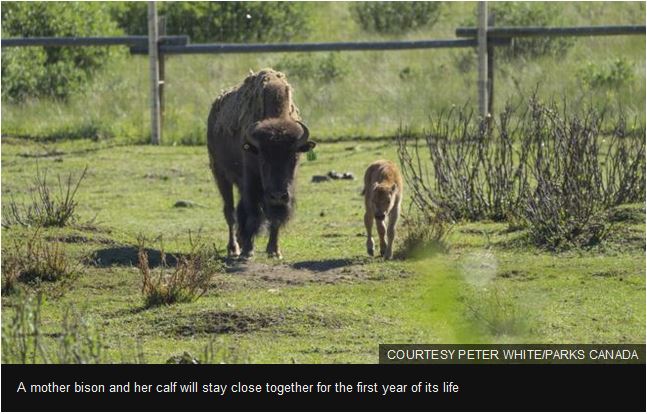 A national park in Canada has welcomed some newcomers this year – three new bison babies.

The trio were born in the backcountry of Banff National Park in the western province of Alberta, the first bison conceived in the park in 140 years.

Bison were only recently reintroduced to the region and so conservation staff have dubbed the newborns the “made in Banff” bison babies.

Up to six more calves are expected in the coming weeks.

A herd of 16 plains bison, including 10 pregnant females, was successfully reintroduced to the park in February 2017, and the first calves born in the park in April of that year are now yearlings. 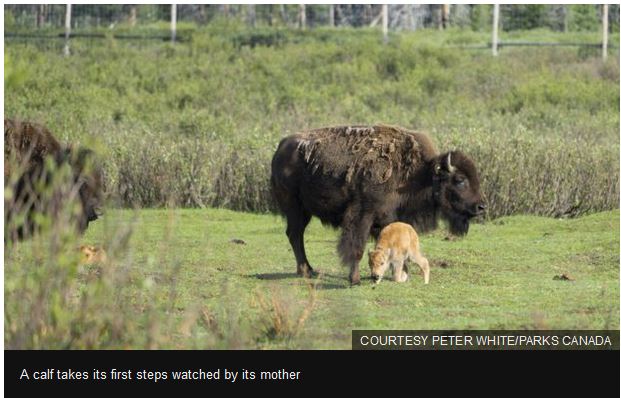 Calves are born with light reddish fur – they are nicknamed “little reds” – before they take on the dark brown colouring of their parents.

The bison are being kept under observation in a soft-release enclosed pasture of the park in the foothills of the Rockies until later this summer.

The births, along with the park’s natural barriers and wildlife fencing, will stop the bison from wandering astray when they are fully released into the wilderness. 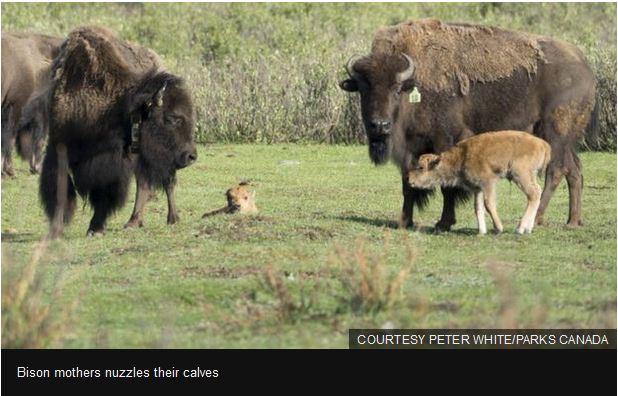 Bison tend to return to the same areas to calve each spring, according to park conservation staff.

Banff’s resource conservation manager Bill Hunt told the BBC that all 10 bison born in 2017 survived the year and are now almost the size of adults.

The herds are being reintroduced as a “keystone” species in the park and contribute to the ecosystem in many ways.

Mr Hunt says that includes shedding their thick winter coats in the spring, and songbirds use “big long strands of woolly bison fur” to build their nests.

Baby birds are protected and “tucked away in a little wool blanket” in the sometimes harsh spring weather, he said.

There used to be some 30 million bison in Canada until they were hunted almost to extinction in the 1800s.

About a quarter of a million remain on a sliver of government-controlled land and on private farms where they are bred as show herds or for meat.