Confused about SES? Give me 15 Minutes to make it Easier

by BZ ⒾAM Riger / Thursday, 19 July 2018 / Published in Disclosure
Now I realize I did say I would try and make this easier for you to understand, but the key to understanding it is the fact of just how deep and far this actually expands out. Try to wrap your mind around the fact that the SES has at least 10,000 people in it, all with high security clearance and making the big bucks to make sure the Presidents agenda are played out. Now keep THIS in mind that at least 7000 of them are still in office now and they are the Obama Holdovers. I think we can all agree that THIS is a LOT of swamp to wade through.Maybe by you just understanding this one part of it will help you realize why a lot of things you have been hoping for as far as happenings with the big shots havent occured yet. You have to climb UP the ladder or wade down into the swamp to get to the real deep monsters. If you dont do it right, no sense in bothering. Quite the daunting task the president has ahead of him. If you think about it, he has made some amazing progress all considered.Why is Field McConnells (Abel Danger) sister Kristine Marcy so important? She is the the Founder of the SES. Lets look at just a thimble full of what she has allegedly done. Keep in mind this is only concerning the time around 911.Kristine Marcy is a Matrix 5 principal and the 1979 founder and de-facto president of the Senior Executive Service (‘SES’);She allegedly stole a time-lapse key to NetJets and Federal Bridge Certification Authority prior to the 9/11 attacks;She allegedly set up a KPMG auction where ‘dirty’ Libor lenders bought the stolen key and gave the Bin Laden Group liquidation rights in SBA borrowers’ assets deployed during a 9/11 continuity-of-government exercise, Global Guardian;She allegedly used the Federal Bridge Certification Authority to give the U.K. Ministry of Defence an electronic warfare backdoor into SBA mentor-protégé programs for ‘Gore Hammer 9/11’;

She allegedly linked the U.S. Small Business Administration’s HUBZone Settlements to an E-Comm command center in British Columbia where 9-1-1 operators learn how to stage a murder during the production of a horror film production with unwitting (?) actors or extras;

She allegedly used SBA 8(a) mentor-protégé companies to modify an EC135C Speckled Trout aircraft carrying General Henry Shelton and support a Uranian attempt to overthrow of the United States government on 9/11;

She allegedly set up a revolving fund (# 15X4275) with bona vacantia – ownerless goods – in a joint venture with Star Chamber insiders, the Treasury Solicitor, Permira (Schroder Salomon Smith Barney in WTC#7) and organized crime groups to finance modifications of NetJets fractional-ownership aircraft for the 9/11 attacks;

She allegedly procured ‘Con Air’ Lear Jet aircraft for use by Bombardier’s homicidal EW pilot, Russell Williams to support the SES Speckled Trout chain of command and the decoy-and-drone maneuvers of 911.

Considering the fact that the SES was founded in 1979, and that she has been through a LOT of Presidents, the above snip of some of her antics doesnt even begin to touch where she has had her dirtly little ifngers in the play. Id probably have to do a 10 page report on just her. Like I said above, now multiply that by about 7000 more people. Just a side note here, She is a BIG buddy friend of Hilary. Getting the picture yet?

This 6 minute video below will give you an idea of just how untouchable this group things they are. Enough so to brag about it and basically spill their own beans. Give it a listen and then I will post one more video below that which might leave you feeling really good. Have to listen to the bad first to understand why the second one will make you feel good. I mean REAL GOOD.

I posted this video below yesterday on Twitter. I understood what it meant and I was very hapy to see it. I think you will be too. It is also a 6 minute video. Hopefully between the 12 minutes it takes to watch both videos and the 3 minutes it took you to read what I had to say, I did accomplish making this more simple for you to understand in just 15 minutes!

If you would like to take a few more minutes and go a little futher, give these a read. Should be clickable to enlarge. 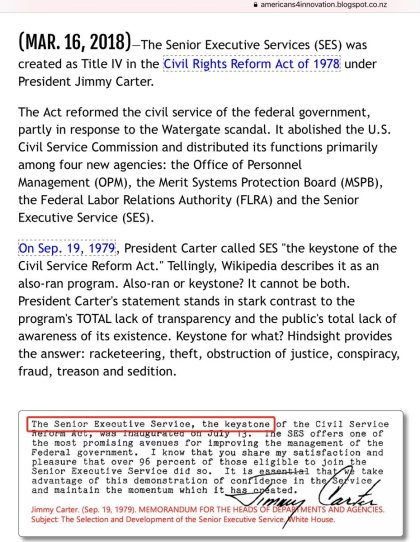 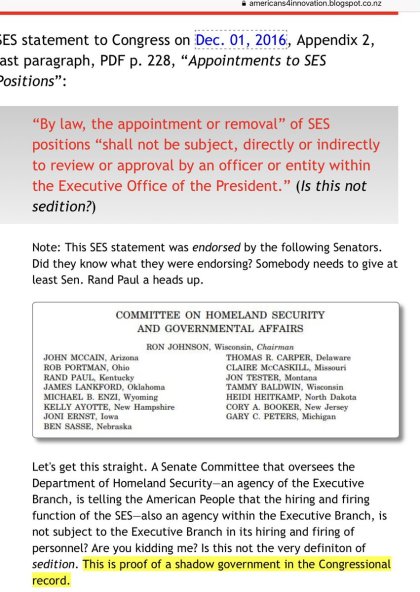 Have enough of a better understanding now to know this is so bad that it needs to go and be eleminated ASAP?

The best way to start putting this in motion is to sign this Petition. This is one way YOU can say you helped to clean the swamp. 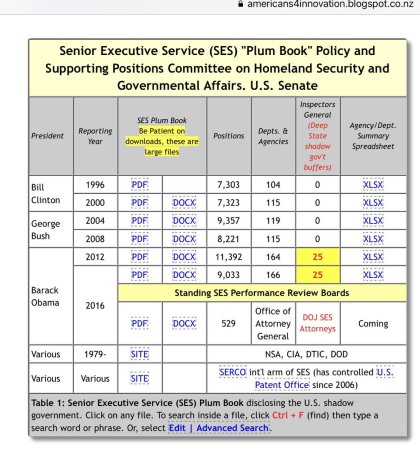 2 Comments to “ Confused about SES? Give me 15 Minutes to make it Easier”