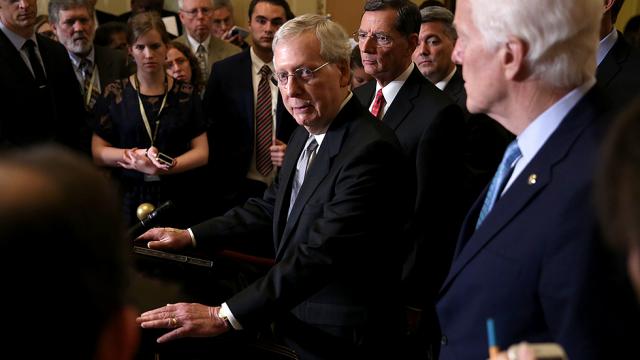 The Senate passed legislation on Thursday that would legalize hemp as an agricultural commodity.

The bill, a key priority of Senate Majority Leader Mitch McConnell (R-Ky.), was included in a mammoth farm bill that cleared the Senate 86-11.

“I have heard from many Kentucky farmers who agree it’s time to remove the federal hurdles and give our state the opportunity to seize its full potential and once again become the national leader for hemp production. That is why I strongly advocated for this measure to be included in the Farm Bill,” McConnell said in a statement after the farm bill passed the Senate.

He added that “for far too long, the federal government has prevented most farmers from growing hemp.”

McConnell, as well as Sens. Ron Wyden (D-Ore.), Jeff Merkley (D-Ore.) and Rand Paul (R-Ky.), introduced their hemp legislation as a stand-alone bill in April, before getting it included in the Senate’s farm bill.

The bill would legalize hemp, removing it from the federal list of controlled substances and allowing it to be sold as an agricultural commodity.

It would also allow states to regulate hemp, as well as allow hemp researchers to apply for grants from the Agriculture Department and make hemp farmers eligible for crop insurance, according to McConnell’s office.

The Senate’s farm bill still needs to be merged with a competing version from the House before it can be sent to the White House for President Trump‘s signature.