published on The Inteligencer, on December 2, 2018 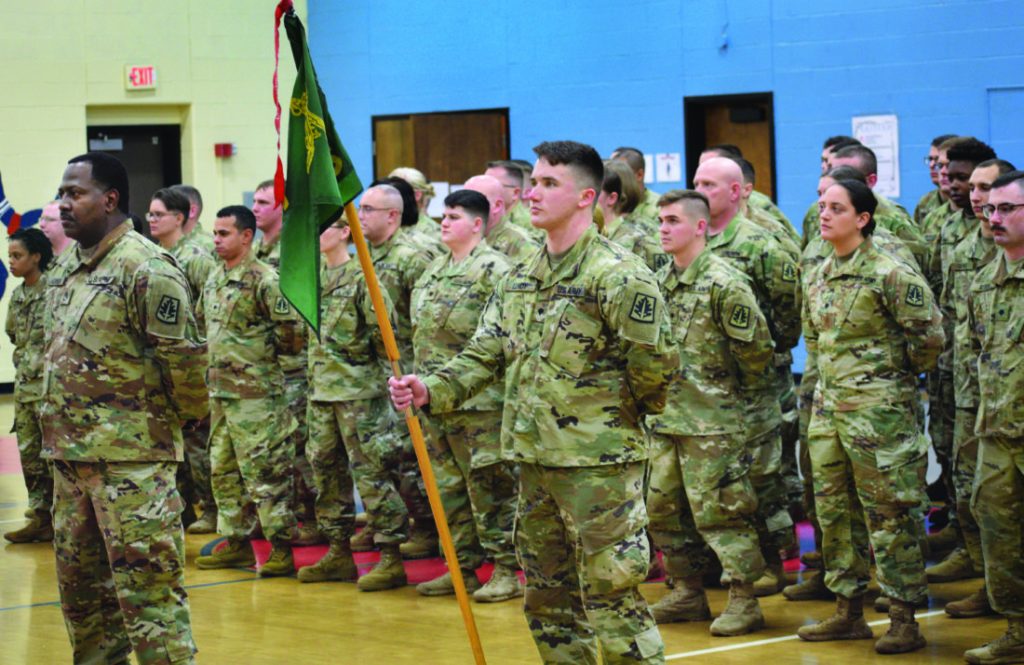 The 400-day deployment is in support of Operation Enduring Freedom, according to Sgt. First Class Reginald Pickett, with the 305th. He said the troops will be performing various military police duties during this period. Several speakers, including Lt. Col. Jonathan Bennett, commander of the 400th Military Police Battalion, spoke to the troops and their families about the hardships involved with a long deployment.

“Thank you to every one of you guys and gals who are standing here today who answered the call — because that’s what you’ve done and you have distinguished yourselves in doing so in taking that responsibility,” Bennett said, before going on to thank the families for their sacrifice as well.

“This is really hard … because we’re asking your soldiers … to leave your jobs, leave your family, leave your life, put everything on hold for a long period of time and make that sacrifice,” Bennett explained. “And you do it without exception, without pause and you deserve a great deal of credit for that,” he added.

Bennett concluded by saying how important it is for the extended military family to “reach out” and take care of each other during the deployment. “Keep those communication lines open to each other … and 305th you know this, you have to take care of each other. I know that, come the end of this thing, you guys are going to have really distinguished yourselves to the highest sense of honor that we know that you have.”

More than a hundred family members and friends joined in with the troops as they stood at attention while singing the “Army Song,” before seeing their loved ones off, who departed on two buses parked in front of Steenrod Elementary.