by Jerome Corsi, published on Infowars, on December 22, 2017 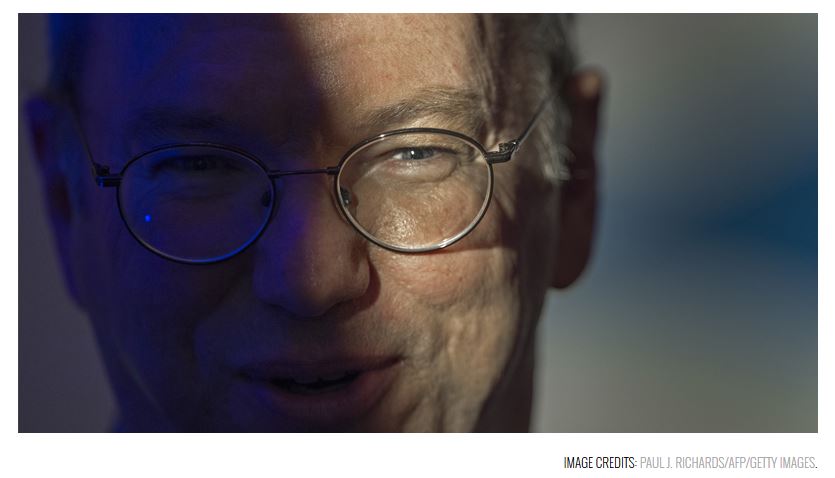 WASHINGTON, D.C. – The highly secretive intelligence operative known as “QAnon” set off an Internet firestorm on Friday by posting a cryptic message on 8chan suggesting it was no coincidence that Eric Schmidt resigned as the executive chairman of Google’s parent company, Alphabet, around the same time President Trump signed an executive order on Thursday.

The executive order allows the Treasury Secretary, in consultation with the Secretary of State, to confiscate the U.S. assets of anyone materially assisting, sponsoring, or providing financial, material, or technological support to those engaged in human rights abuses and/or corruption.

Global Magnitsky Human Rights Accountability Act was passed to replace the Jackson-Vanik Amendment from the Cold War aimed at imposing trade sanctions forcing the Soviet Union to allow Jews and other minorities to emigrate, with a more current punishment denying access to the U.S. banking system to international criminals guilty of abusing human rights – an act named to honor Russian lawyer Sergei Magnitsky who died in a Russian prison in 2009 after trying to expose corruption and human rights violations in Russia.

The New York Post speculated that Schmidt’s “womanizing” lifestyle began in 2012 after deciding to live apart from Wendy Schmidt, his wife of 37 years. Although the post commented that despite extensive research into “Schmidt’s former flames,” no evidence of Harvey Weinstein-like sexual harassment have yet been found.

Deeper analysis reveals 13 people named in the Treasury annex as “serious human rights abusers and corrupt actors” target a range of individuals including the former president of Gambia and a Myanmar general; more broadly, the U.S. Treasury’s Office of Foreign Assets Control names 39 other individuals sanctioned by the U.S. government worldwide who are subject to having the U.S. government confiscate their assets within U.S. jurisdiction.

Already researchers are establishing that various of the thirteen named by Treasury have close ties to the Clintons through their generous contributions to the Clinton Foundation and/or the Clinton Global Initiative.

Others point to the close relationship that exists between the Clintons and Schmidt that date back to 2008 when Schmidt loaned the Google jet to members of Clinton’s presidential campaign staff.

In the 2016 presidential campaign, leaked emails from Clinton campaign manager John Podesta published by WikiLeaks made clear that Schmidt wanted to play the role of Clinton’s “head outside advisor,” ready to lend to the Clinton campaign Google’s powerful micro-targeting data to develop software to be used in “get out the vote” (GOTV) and campaign fundraising efforts.

Clearly, the executive order should concern those engaged in international sex trafficking.

As pointed out by investigative journalist William Craddick, the Clintons’ ties to the international pedophilia sex trade go back to their involvement with Laura Silsby who was arrested trying to smuggle 33 children out of Haiti without documentation; Silsby was convicted of criminal child trafficking, only to have her sentence reduced after intervention by Bill Clinton.