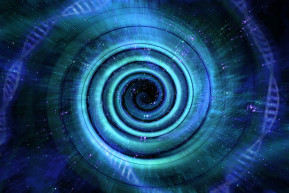 It’s abundantly clear that 2018 is applying constant amplified higher energetic pressures on all to individually evolve and individually unify further, higher, deeper than any of us have before throughout the entire Ascension Process. Over the years I’ve repeatedly said that the Ascension and Embodiment Processes are done in ongoing Stair-step fashion. The longer one lives this, the more you know the truth of this fact. The Volunteers, Forerunners, Pathpavers, First Everything-ers move continuously up these transformational evolutionary energy Stair-steps first, usually one at a time but occasionally two or three in rapid succession. We do this to embody NEW higher energies, codes, DNA etc. into ourselves, our consciousness and physical bodies to then physically seed and anchor them making them available for global humanity within the NEW higher human Collective. Simultaneously to this, many but not all Forerunners also Embody (a different level of the Ascension Process and represented by my use of a capital E with this word) greater amounts of our Higher Selves, Other level Selves and Divine Source directly into our current physical bodies and consciousness. The Sacred Marriage Merge Reunification in other words done individually. The well-known phrase ‘we are all One’ is accomplished by individuals first within themselves.

I won’t spend too much time and energy going over what July and August 2018 has been for most of you reading this, you lived it and still are living it and know how huge these changes within and without have been. We’ve repeatedly burned and quaked, erupted and stormed internally and externally because we individually and as a planet are becoming something totally NEW, vastly better and completely different. These aren’t just clever ascension community words and carrot-dangling promises, they never have been, but over halfway through 2018, many people are finally realizing that what we’ve been talking about for nearly 30 years is real and happening now at physical levels that are undeniable. The dismantling of the old patriarchal world is playing out for all to see, feel and know. The Dark has nowhere to hide anymore in all this magnificent Light and people that need to see, feel and know this finally are, and they’ll know it much more so as the months unfold. Fear not the burning of Rome, don’t fixate on it either, but continue doing The Great Work on, in and through yourself for yourself and for All else.

As more and more of us have learned, it takes great determination, singular higher focus and inner fortitude to ignore the insane and insanity of the old collapsing world and systems doing their best to eat each other. If anyone had told me 20-30 years ago that my living the Ascension Process, and later the Embodiment Process, was the primary way that the old 3D patriarchal regime would be undone and permanently removed, I don’t think I could have lived through all I have with all my parts in-tack! There are important reasons why our Higher Self/Selves & Co. keep certain information, knowledge and insights from us (aspects) here in physicality until we’re capable of safely consciously knowing more. When we reach those levels, we suddenly know more, feel more, see more and are more. 2018 has been this in spades over and over for many Forerunners. Why? Because you/me/we continue to Embody more at higher, more vast and complex levels. I AM increasingly becoming ONE; you are increasingly becoming ONE; each of us are increasingly becoming ONE within ourselves individually via the ongoing Stair-step of the Embodiment Process.

Because the old Dark patriarchal world and systems are unraveling faster now than ever; because the NEW higher Light, DNA codes and Crystalline DNA bridges are activated and being crossed, connected (Embodied) by more and more Forerunners; because Earth is doing this too and having accelerated Ascension side effects all over the place like crazy this year; because of all this and more it’s often an amazing and horrendous time to be alive! Just being honest about the magnificent, freeing, ascending, shocking, repulsive and insane state of evolutionary affairs we see around us now. It’s sometimes tempting to go watch Rome burn or hear the latest insanity being spoken, claimed and perpetuated from hour-to-hour on a daily basis. I’ve done it a few times because I was curious, but I’ve learned I cannot linger there for very long because the pull of the old Dark is still sucking hard from that old lower level, doing its best to pull down any and all it can. That plus I then have to clean my inner house after I’ve viewed the lower worlds (watched TV News) and I do not have extra energy or time etc. to waste on that or any related crap in 2018. I’m Embodying next-level Embodiment aspects of myself and more now, energies, DNA and so on as are many of you, so just keep in HighHeart mind that you are, we are multidimensional beings living the Ascension and Embodiment Process while the Separation of Worlds continues at an accelerated rate. We’ve got continually higher incoming taking place at the same time as the old patriarchal world and systems collapse and disappear. We’re Embodying NEW higher levels on NEW higher Stair-steps while the world we all incarnated into disintegrates and disappears from view. The absolute best horror book or movie couldn’t do justice to what we’re actually living in these current lives!

2018 has forced many more people to deal with personal issues they hadn’t been consciously aware of until this year. The personal “revelations” have been a theme in 2018 to help all of us know more so we can become more. 2018 = 11 = individual Mastery in other words. While we’ve all been dealing with our stuff, whatever that has been and still is for each of us, we’ve also been increasingly aware of our existing beyond the old lower, beyond burning Rome & Co. at a higher level of being and existence. I don’t need to tell those of you that are consciously aware of being multidimensional, of being conscious of your existence in a higher frequency place, state and energy Stair-step than your neighbors and family members that you are Pathpaving the NEW for yourself and for everyone else that wants to live free and sane and with HighHeart.

Before the Ascension Process, we existed within a very small band of frequency called 3D physical Earth reality in Duality. It was utterly shitty and Dark but it was not very complex. There was only one meal on the 3D menu and everyone ate it and accepted it as normal. Once the Ascension Process and Embodiment Processes were underway however, all that singular limited focus and frequency was incrementally shattered by growing higher frequency Light energies entering what had been a closed-off system for a very long time. Point is that since the Ascension and especially Embodiment Process began, what had been a single focus, narrow frequency band reality and consciousness even for most Forerunners, has continuously evolved and expanded into multiple focuses, multiple realities, worlds, dimensions, Now Moment consciousness and life, and growing 5D HighHeart re-Unified individuals existing far above the frequencies and world they incarnated into. Interpreting the Separation of Worlds and your, my, our evolving consciousness and HighHearts while we continue to Embody next-level aspects of our Higher Selves and Source is no easy task. We are no longer down there; we are up here at this moment, but we’ll be elsewhere again soon because our Embodiment Process continues to evolve and expand us and the NEW Ascended Earth.

Simply put, continue doing The Great Work and don’t focus on the burning of Rome or those who’ve drank the Orange Kool-Aid or anything else because, truth be told, it doesn’t matter because it’s already been overwritten energetically. Let the old fall away while you continue living, Embodying, being and anchoring the NEW into and through yourself and your physical body. This is you and me learning how to walk between worlds and not fall through the cracks or get lost or sidetracked while we Embody the NEW ones. When you have fear, confusion or self-doubts about anything, go within yourself and ask for greater insights, clarity, knowing and HighHeart. It comes super fast now, unlike the past when we existed in the old lower world frequencies. You’re doing a great job doing what only you can do. ❤

Donations can be made here and thank you for the energy exchange.

Copyright © Denise Le Fay & HighHeartLife, 2018. All rights reserved. You may copy and distribute this article so long as you don’t alter it in any way, the content remains complete, credit is given to the author and this URL https://highheartlife.com and Copyright Notice is included.